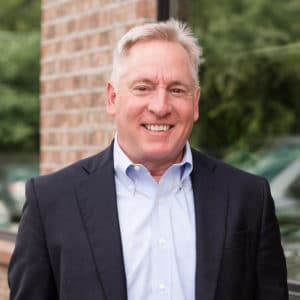 Beginnings
Born and raised in Fort Worth {with the exception of 3 years in The Netherlands} Bill officially qualifies as a Cowtown local. Like Bill, his older brother and younger sister both reside in Fort Worth along with their families. Bill attended Country Day School before graduating from Texas Christian University with a degree in Communication. Though staying close to home most of his life, extensive travel and international experiences provide Bill a unique perspective on life in our city.

Work and Skills
Of all of Bill’s skills, none is as endearing as his subtle, dry humor. A skill that brings levity to any situation. A former airline pilot of 15 years prior to his career in real estate, Bill navigates challenging situations with ease and elicits trust from those in his care. Certified with a Negotiation Expert Accreditation, Bill masterfully uses his wit, understanding of others, and empathy to reach resolutions and help his clients accomplish their goals.

Priorities
Bill is an adoring husband and father. He will light up quickly at the thought of his wife, Emily. In 2013 they adopted their son, Ethan, whom Bill is crazy about. Other priorities: Bill resides on the Board of Directors for Casa Mañana and serves as the VP of the Edna Gladney Family Association. Bill also serves on the Central Committee for Mayfest, Fort Worth’s premier outdoor festival, by booking and organizing all of the bands and musicians.

**Fun fact: Bill still plays in his band from college at TCU and is still secretly clinging to his dream of being discovered by a major record label. In the meantime, you can find him selling real estate at LEAGUE! Oh…last, but not least…Bill is a dedicated sports fan. You can depend on him pulling for our Rangers, Cowboys, Stars and Mavericks!

Why LEAGUE?
“LEAGUE was an easy decision for me. Without question, they are the “tip of the spear” in today’s ever-changing marketing environment. The team is creative and effective in both content and execution. I wanted to be a part of that.”

Why Bill?
“Bill exudes a quick wit, enduring patience and calm stability that makes him a great advocate and fiduciary. Bill is a well-rounded guy who takes time to serve his neighborhood home owner’s association, a patron of the arts (not just at CASA), but enjoying time at the Modern Art & Kimball museums. Bill also volunteers with ALPA’s Critical Incident Response Program and cares about helping people. Bill’s others-focused, service mindset is a great fit for who we are and who we are striving to become at LEAGUE. Grateful for Bill’s association with LEAGUE!!”