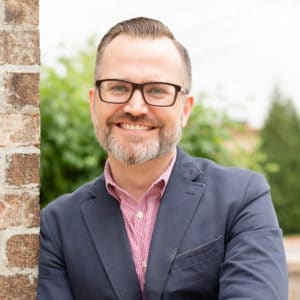 Beginnings
David Sheehan wasn’t born in Texas, but got here as soon as he could!

Dave’s father finished his service in the Army when Dave was just a few months old. Their family moved from Ft. Dix, New Jersey to Arlington, Texas. Before his schooling began, his family would make one more move to Grand Prairie, where David spent his formidable years. In school, Dave was very active in Student Government and expressed an interest in the arts and sciences. He would later attend the University of Texas at Arlington, where he earned his BFA. After graduation, Dave spent several months traveling through Europe, appreciating the art, architecture, and cultures. Upon returning to Texas and after some entrepreneurial pursuits began to take off, Dave would later return to the University of Texas at Arlington to earn his Masters in Business Administration.

Work and Skills
For over 18 years, Dave’s capabilities with technology and service proved a perfect combination for his work as the Director of Business Development and Client Relations for a local real estate law firm. Dave also served as a board member with the Fort Worth Mortgage Bankers Association as the Communications and Technology Chairperson for 8 years. In 2011, Dave was asked by a Harley-Davidson ownership group to help turn around a newly acquired dealership. He spent the next couple years helping transition the dealership, its culture, and team members into a World-class operation. Having a taste of what it meant to “make dreams come true” while in the Harley-Davidson business, Dave went back to his real estate roots in a sales capacity with the hope of making the dream of home ownership come true for as many people as possible. Since then, he has helped many individuals and families achieve their real estate goals.

Priorities
Just prior to beginning graduate school, Dave met his wife, Dana. The two have three generous, compassionate, and intelligent daughters with whom they enjoy spending their free time. Dave’s family enjoys spending time with their extended family, playing games, solving puzzles, cooking, exercising, singing, dancing, attending festivals, and traveling – especially to his wife’s home, Israel. Dave’s lone male status in his home has only honed his skills of flexibility, diplomacy and his deep love for them!  He’s a proud dad and husband.

Why LEAGUE?
“I spent 5 years within a franchise brokerage and felt that there was always ‘something’ missing, but after an interaction with the team at LEAGUE, I felt that this was the kind of place I was meant to be. From the collaborative environment and sense of community, to the emphasis on expertly marketing of client’s properties, the LEAGUE brand ‘just spoke to me!’”

Why Dave?
We’re crazy about Dave. He is someone who enjoys being around people, and people enjoy being around him. Although he likes to keep the entire experience as light and fun as possible, he takes his work and his agency relationship very serious – always making his clients’ priorities his own, and acting in their best interest. Dave says that he rarely works with “clients” and prefers to work with his “friends and family.” You’ll find Dave very interested, engaging and an incredibly competent advocate. Dave cares deeply for his people and you’ll quickly experience it!  LEAGUE is grateful to have David Sheehan as a part of the brand and family.