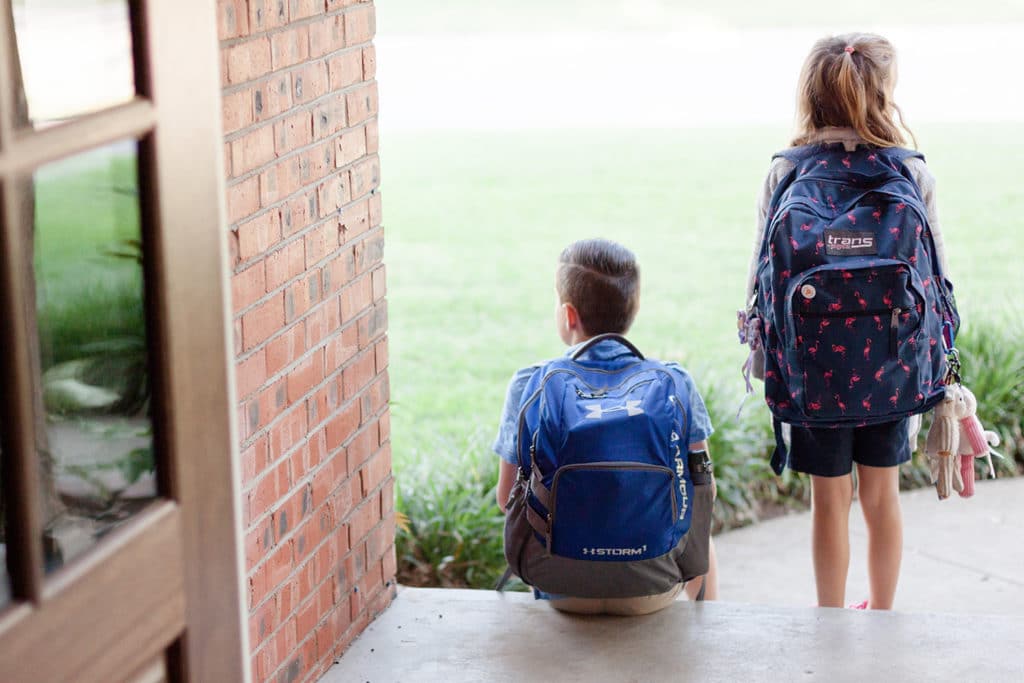 Finding exactly what you need in a home is tough. At LEAGUE, we take pride in making that easier, but we also know that the house is only part of the equation. Neighborhoods matter. Schools matter. And the perfect fit can be hard to find. But in a city as big and resourceful as Fort Worth, the good news is that we have lots of room to think outside the box.

Opening up your school options may just give you a little more flexibility to find the perfect home. We’d like to give you some examples of the choices available. We’ll stay away from some of the better known schools and instead reveal, perhaps, some surprises.

Fort Worth is certainly home to well-known, prestigious private schools like Trinity Valley and Country Day. Some residents, however, may be looking for a smaller price tag in order to afford their dream home or perhaps for an answer in a different part of town. Take Oakhurst and Riverside, for instance, where central city living and charming older homes entice. Here you’ll find options like Bethesda Christian School and Calvary Christian Academy. Bethesda has provided families with a grade school option since 1980, but only later added a high school, graduating its first class in 2000. Calvary Christian Academy has reached new heights since it was displaced to its new campus after the 2000 tornado destroyed its previous home on the opposite side of downtown.

Many East Fort Worth residents have found their answer in The Oakridge School, a beautiful growing campus on the western edge of Arlington, or closer to home in Temple Christian School on historic Randol Mill Road. Both of these schools, founded in the ’70s, have been serving families for years with proven academic success (including Oakridge’s highest SAT scores in Tarrant County for 17/18, according to Private School Review). Christian Cottage Prep is also a hidden gem some parents have discovered to help educate their student with special learning, social or behavioral needs.

Across town, Fort Worth Academy may not be as well-known as some of its west/southwest counterparts like All Saints or Southwest Christian, but this K-8 campus seizes on that by boasting a maximum of 15:1 student-teacher ratio and an unmatched focus on technology and innovation. They also report that their graduating 8th graders are continuously accepted to the high school of their choice, leaving the next stage a wide-open decision.

Public school has changed in Fort Worth ISD. There are still the schools that drive people to buy a house just to be in the attendance zone, like Lily B. Clayton and Tanglewood Elementary. And there’s the FWISD schools people have banked on getting into via lottery for years now. But did you know that there are accelerated options that meet or exceed the likes of Paschal and McLean? And that FWISD has expanded its Schools and Programs of Choice far beyond the likes of Alice Carlson and Daggett Montessori? For instance, there’s two other Applied Learning programs and even another FWISD Montessori option. There’s also Spanish Immersion programs and early STEM programs at the elementary level, and, at the upper level, the choices are endless, from the aforementioned Advanced Academics to International Baccalaureate to fire safety and aviation. Some have neighborhood preference and some don’t, so it takes some research, but to our point about living options, we’re going to touch on the ones without.

The brand new IM Terrell Academy on the outskirts of downtown is combining left and right brains in its STEM and VPA programs. Students will share core classes, then specialize in either technology/engineering or visual/performing arts. Young Women’s Leadership Academy downtown is blazing trails with its 6-12 single-gender college preparatory campus where girls engage in downtown partnerships, repeated college trips, exclusively AP/Pre-AP coursework and fields of study including art, architecture and engineering. There’s also the Texas Academy of Biomedical Sciences that begins as a Program of Choice in middle school but is a School of Choice in its own right for the high school years, newly locating to the TCC Trinity River Campus downtown. YWLA and TABS topped all of their traditional counterparts recently by being ranked as top national schools by U.S. News and World Report.

The FWISD options are endless (and somewhat overwhelming), so research is key, and application deadlines (late November for the following school year) are vital. Beyond Schools/Programs of Choice, FWISD has a transfer program that considers transfers throughout the district based on numerous factors. Furthermore, there are nearby districts such as the acclaimed Birdville ISD that openly seek out-of-district-transfers, providing a helpful option for those living or commuting to the north/east side of town. Again, these take some research but certainly open up options.

Charter schools can be a polarizing topic, but there are charter schools in Fort Worth who have made an impact on our local education that’s hard to ignore. In addition to the well-known Fort Worth Academy of Fine Arts (FWAFA), two others have brought particular success to Wedgewood, Hulen and other south/southeast Fort Worth neighborhoods and are growing their footprint. The renowned Fort Worth institution Lena Pope Home opened an elementary charter school 10 years ago and announced last year that it will add a middle school. It will begin with 6th grade next fall and add 7th and 8th in the subsequent two years. Harmony Science Academy has supplied an alternative here for years, but the Texas network renewed its commitment with the recent completion of the Harmony School of Innovation, which is now home to its upper grades.

Homeschool is not what it used to be. In fact, it’s often no longer really “home school.” These programs run the gamut, but the good news is that in a city of our resources, there’s bound to be a program that fits the needs of a family considering this option. From a University Model program like that of Christian Life Preparatory School to a homeschool community like SALT or numerous other networks, it is an alternative many are considering to open their possibilities when it comes to balancing the decision on home, house and school.

Have questions? We can help you find the answers. Our LEAGUE team knows how important these decisions are, and we stand ready to serve.